Did you know that there’s a good chance you might be doing your link audits completely wrong? Even many search engine optimization (SEO) professionals don’t always look for the right things when they check out all the links headed back to their sites.

That’s why at BackLink Patrol, we took a few moments to put together the top five mistakes that even the best in the business makes. When you get a monitoring tool that works for you, remember to keep these in mind. Your own link audits will go much more smoothly as a result.

1. Judging All Links by their Source

An overwhelming majority of forum links are bad, in part because abandoned forum sites have a tendency to become a hotbed of spammer activity. Webmasters forget about some old message boards that they used to run and soon enough everyone is posting junk links. As a result, some people have a tendency to consider all forum links bad no matter where they’re coming from.

In the process, they’re potentially scrapping good links from tech-savvy individuals who are organically sharing content. At the same time, many people assume that just because a hyperlink comes from a news source it must be good. However, plenty of spam gets lodged all the time at the world’s largest news sites.

While you might not be able to instantly tell if a link actually came from someone in the comments section posting a bunch of gibberish, Google and Bing certainly can.

Pay close attention to each link regardless of where they came from. Even some legitimate sites have relatively unusual domain names after all.

2. Assuming that a Weak Domain is a Bad Domain

Just because a link comes from a source that’s not considered an authority site doesn’t mean that it’s a bad link to keep around. In fact, some links once thought to be risky might eventually appreciate in value over time because of the fact that smaller newer sites establish themselves over a long period of time. Some sites carry relatively low authority classifications merely because they’re new.

Check to see whether or not the link is natural. Generally, a natural link never hurts and has a neutral influence at worst. In a year or so, it might actually net you some pretty big benefits.

Normally, you won’t be able to control the makeup of any external links. Understandably, they tend to seemingly come out of nowhere. Don’t assume that something is spam just because of the anchor text, however. Some writers will use your site to source from when they’re writing an article. In the process, they might end up selecting unusual text since they have to add a link in the middle of a sentence.

Sometimes these are risky links while other times they’re an opportunity to become an authority yourself.

4. Letting Personal Bias Get in the Way

Google and Bing define authority sites very generally. Sometimes an otherwise well-meaning blogger will allow their own ideas about what constitutes an authority to get in the way. For instance, a tech upstart might consider a radio station to be an artifact from the past and rate down a link they got from them. Google and Bing would have considered that same outlet to be a well-established regional authority.

5. Not Using a Monitoring Tool

Trying to audit all your links manually can be a real pain, and you might end up trying to put the process off as a result. Contact us today and learn more about how an app can help you monitor all your backlinks almost instantly.

PrevPreviousThe Importance of Monitoring Backlinks for SEO
NextWhat is a Backlink: Backlink Definition and ImportanceNext 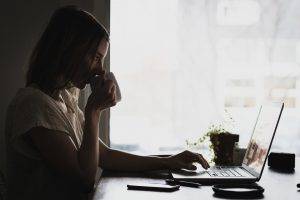 What is a Backlink: Backlink Definition and Importance

Countless professional bloggers aren’t really aware of what backlinks are! They often talk 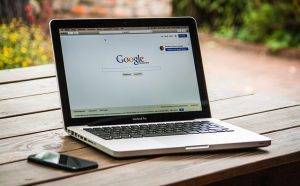 The Importance of Monitoring Backlinks for SEO 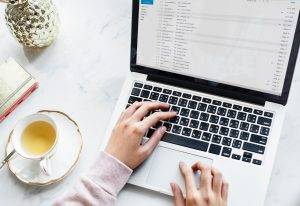 How Do I Check Backlinks with Google Search Console?